Last week during APSA 2017 Africa Research Development Group Workshop in San Francisco USA, a colleague from Nigeria presented a paper on Contingency Violent Actions in Niger Delta. My mind was blown by the novel contribution he was bringing into the study of street violence. I remember one of the reactions/comments to his paper from other established academics was: you need to control and analySe more variables to find out whether the violent actions were really contingent or a manifestation of something deeper.

As the news of the shooting of Tindu Lissu (Member of Parliament and the President of Tanganyika Law Society) in Dodoma broke out , I could not stop thinking of the “contingency vs. manifestation of something deeper” argument.

For contextual sake, it is fair to mention an emerging trend of day light street violence/crime acts, which have been classified as “contingency” – one off event done by hooligans – unknown assailants. The official statements, as outlined below, have been associating the actions with unknown people- on the other word, portraying them as contingent acts. In March 2017, a man with a gun confronted  the immediate former Minister for Information, Culture, Arts and Sports, during daylight on the public place where he was meant to have a press conference. There is not yet official statement or identification of the person who confronted the former Minister with the gun and of course  even though the Minister for Internal Affairs gave the directive for the investigation to be carried out . In August 2017, a renown anti-poaching activists, Wayne Lotter, was shot dead in the street of Dar-es-Salaam, and again those people who did so were still unknown  .

In today’s Lissu’s case, the President through his Twitter handle, has been moved and already given a directive to state security agencies to take action. 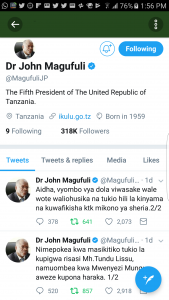 For all of the above cases occurred in 2017, we are still waiting for official police identification and charges for the assailants. I respect the fact that security intelligence is a covert process, but it is worrying to see these events that were uncommon in Tanzania unfolding in the streets.

Are these violent attacks contingency or manifestation of something more deep and worrying?

Tanzania, a country whose founding father, Mwalimu Nyerere, envisioned it to be a Candle on Mountain Kilimanjaro, has lived its peaceful vision for many years. It has been  termed as an Island of Peace. It sent rays of hope to its neighbours that have been struggling with tensions and conflicts. The country was a safe haven for many freedom liberators in the continents. It has hosted freedom fighters and provided base for fighting for freedom. Its former leaders have mediated peace and continue to do so even as we are reading this (i.e. in Burundi). In 2007, Tanzania was instrumental into ensuring that Kenya, our neighbour, gets back to stability following the post-elections violence. Today, 10 years after, Kenya has proven to the whole world that it’s a constitutional democracy with effective separation of power. As our neighbours,such as Kenya, for whom we have played a great deal in helping them standing up on the high shoulders of democracy, are stabilising, let’s make sure we are maintaining our peaceful position and continue to send more rays of hope and unity. Our candle is dimming, so lets wake up and light it up again!

I am writing this with a very heavy heart. I am a proud citizen of Tanzania and I always speak of peace and our serene political culture. Even in the APSA Workshop, I argued that in Tanzania, unlike many other countries in Africa, we do not have a one-figure iron handed culture. Nyerere, even as reflected in his choice of official title- Mwalimu, was unlike other leaders who portrayed themselves as the men on high with iron fist. 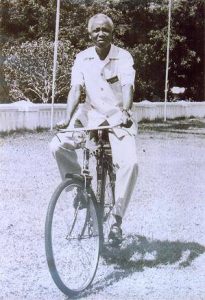 Our political culture has thus been that of tolerance and peace. This culture has helped to explain the stability in the last 6 decades of independent Tanzania. 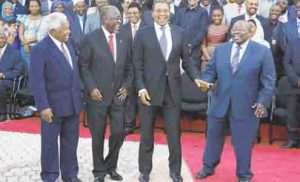 Now, my call for all citizens of Tanzania- both in power/leadership positions and to us who are in the streets, is – let’s  play our civic role to ensure we are holding on to the peace. Peace is expensive. Peace starts at our family homes, on the streets, and then on the nation.

Our President, Dr. John Magufuli, has strived and continues to work tirelessly in restoring discipline in civil service, work ethics in the country, and he is fighting corruption from many angles. He has reminded many of us that that “there is no shortcut to development- it can only come by working hard.” Now, with that same spirit and so that we can realise our development dreams, I beg His Excellency President to put same and even more efforts to restore peace and tranquility in the streets and to ensure tolerance so we can maintain our greatest asset- peace.

3 thoughts on “On the emerging worrying trend: #Security in the Streets of #Tanzania – and the further threat to the dimming candle (re: #CandleOnKilimanjaro)”